The word “Maroquinerie” from the French word “maroquin” which in turn comes from the word “Morocco” refers to a tanned goatskin imported from Morocco, therefore it shows clearly to what extent this country is recognized and known worldwide as “the” place for leather crafts.

It was Maria Jose, a Spanish friend from Essaouira, the old Portuguese city on the Atlantic coast, who has introduced me to Abbes. This took place during the month of Ramadan. Abbes is leading there the quiet life of a dedicated and solitary craftsman. He lives and works in his studio near Bab Doukkala, just outside Essaouira’s medina.

There, in the midst of a poetic bazaar: frames containing old photos, paintings, a bird cage, textile fabrics, some designs, a couple of cats keeping him company and a pile of leather and various textile scraps, collected from other leather goods craftsmen and manufacturers of the city, Abbes works on his products.

This saddler-leather craftsman has made himself a specialty for leather patchwork bags and for transforming straw baskets: he “dresses” them up, covering them with pieces of fabrics and leather following his own inspiration. Hand bag, satchel, backpack, wallets, basket with a leather pouch… He creates a whole collection of original models, according to his clients wishes. Word of mouth operates pretty well for Abbes, whose work has impressed with its authenticity and personal touch. He told me he has started working leather by chance, making initially leather sieves and bellows, then he has started with the baskets about ten years ago, and then the bags. It was his uncle who trained him where he grew up, in Marrakesh. It was not initially a vocation nor a child’s dream, but the chance of life that led him to this path.

He definitely appears to be both a craftsman and an artist using his hands to make exclusive pieces. He skillfully blends colors, adding contrasted topstitchings, creating fancy buttons and playing between collected fabrics scraps and inserts of different types of leather: iridescent, grained, and nappa.

He seemed to me to be enjoying a great lot of freedom and serenity in his daily activities. Abbes does not work every day, and refuses to get involved into any kind of mass production. He works according to his orders, sometimes in the morning, sometimes in the afternoon, when he feels the inspiration coming. And for the rest of his daily routine, he reads, he walks, takes care of his cats. He just simply lives. 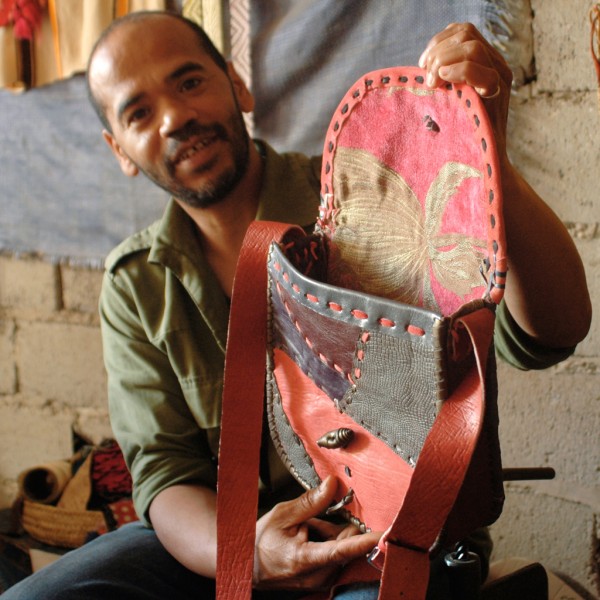 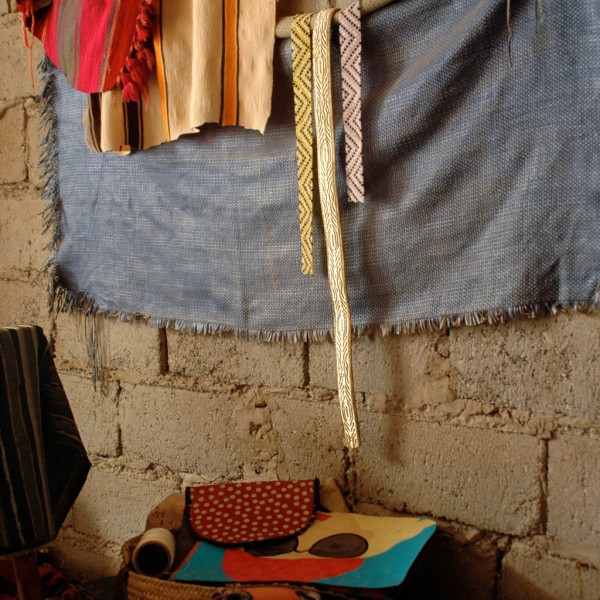 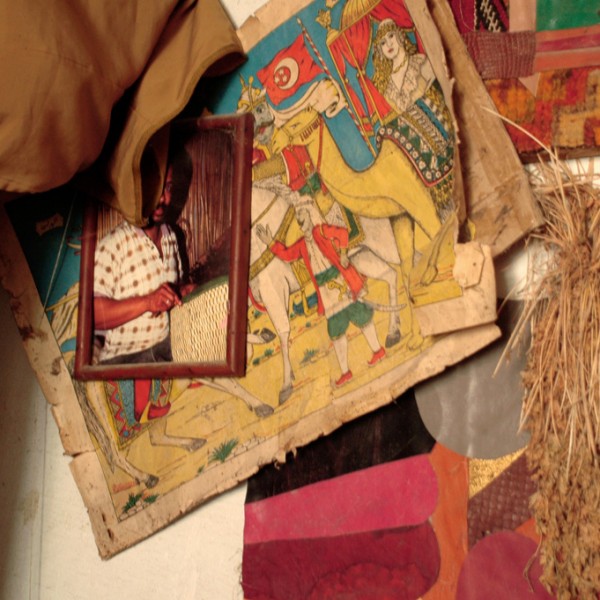 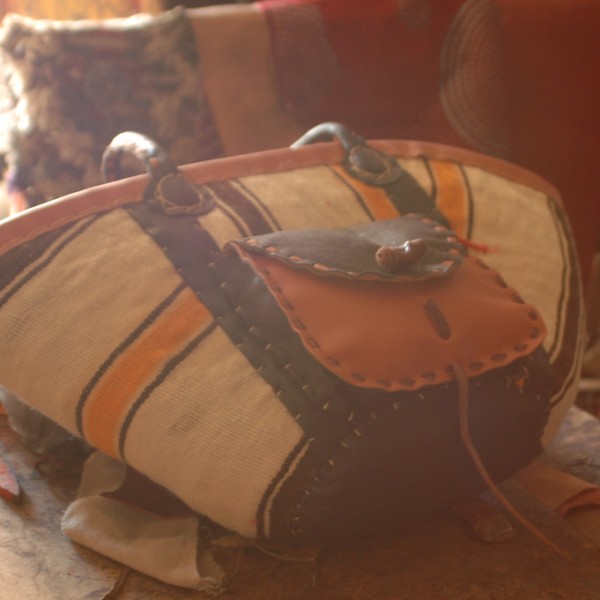 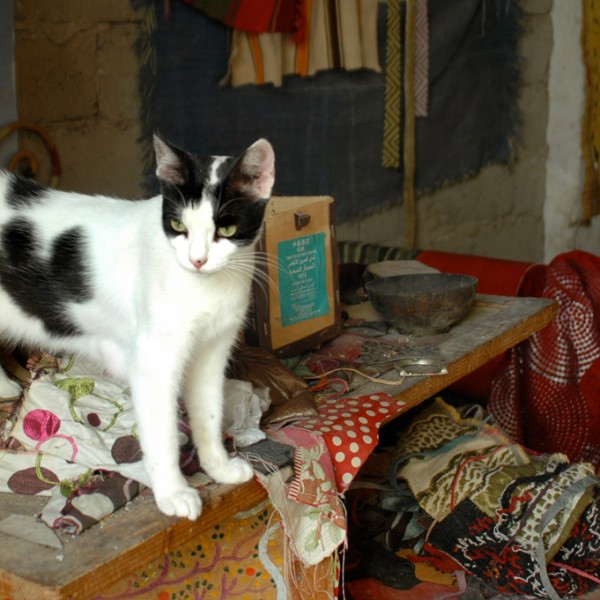 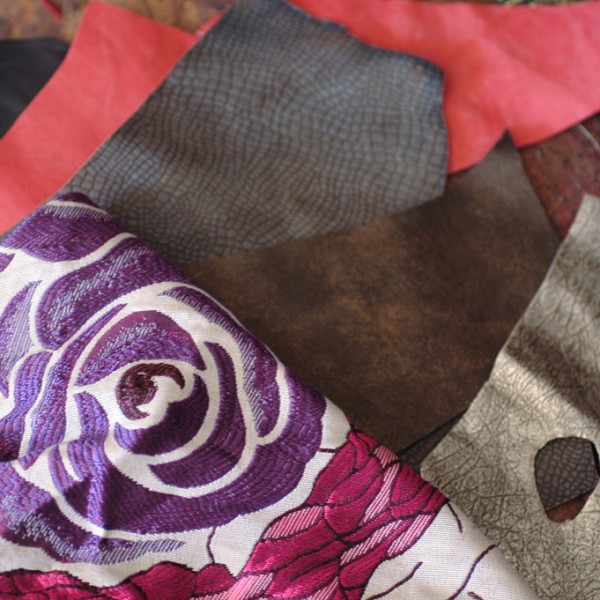 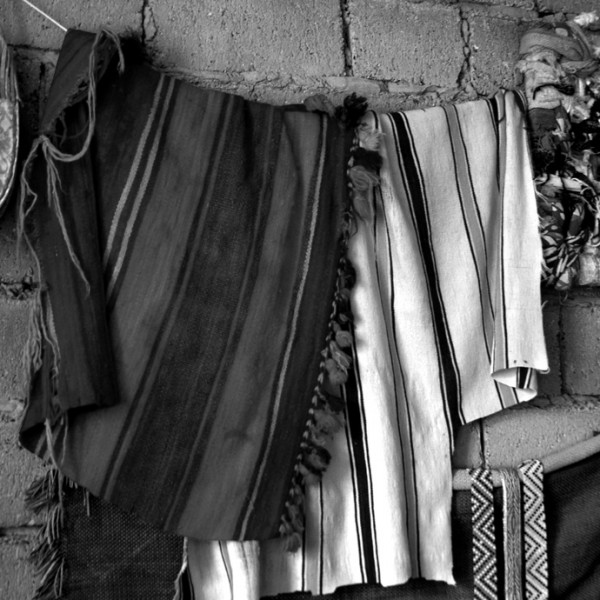 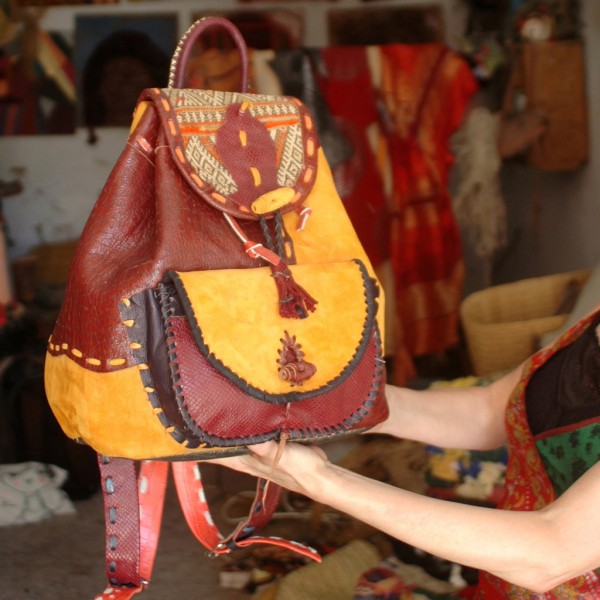 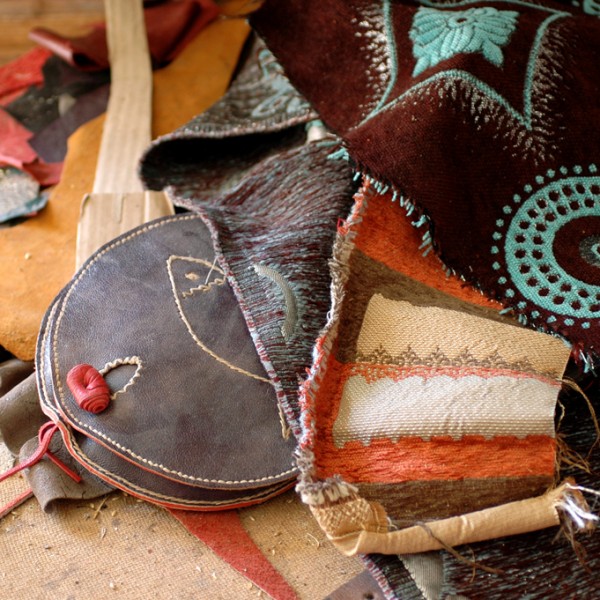 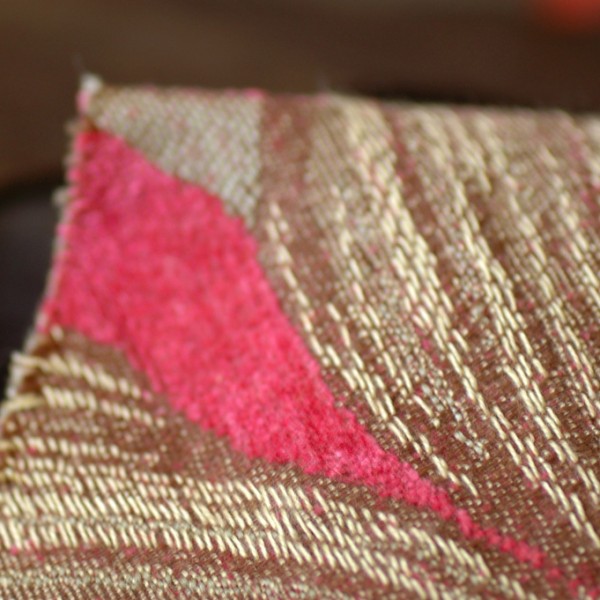 Fez is the third largest city in Morocco but also and especially the traditional and spiritual heart of the country and the city of leather. In the depth of the medina, designated as a World Heritage Site by UNESCO, is taking place in what we call the “Chouara”: the famous tanneries district, which has remained unchanged since the Middle Ages. The Fassi people (Fez residents) are proud to have kept the ancestral know-how. Leatherworkers continue to dye and treat skins according to tradition.

There, looking over from the surrounding houses terraces, the visitor is offered the unique and impressive show of open space tanneries. Men are moving from the white tanks filled with white wash to the pigment colored jars, to deal with the transformation from the animal skin into leather. Bare hand immersed into the turbid waters and tanks of pigments, subjects to the chemical fumes and the nauseous smells of rotting skins, tanners are wandering from one vat to another and working tirelessly. Their job is a tough one, requiring dedication and courage. They are often members of the same family, working together and living near by the Chouara.

How to turn cow, goat or sheep’s skins into leather? It is a real experience to watch the incessant ballet of those skins of all colors, flowing from hand to hand, stacked on top of each other, then spread on straw to dry in the sun once treated with pigments.

It takes several weeks to process the skins through the necessary steps which will transform them into pieces later used to produce leather goods. First is the soaking step to remove all the hair from the skins. Then they are dived into clear water, and next put in white wash tanks for several weeks to be bleached and cleaned up. Then comes the tanning stage to preserve and soften the skins: by soaking them into tannin, a plant chemical extract such as the oak or chestnut’s barks. Once dried in the sun, you finish with the dyeing process: skins are deep dyed in different tanks of pure color, an explosion of bright strong colors such as crimson red, saffron yellow, royal blue… Leather skins are then ready to be delivered to the leather craftsmen.

Back to Morocco Page 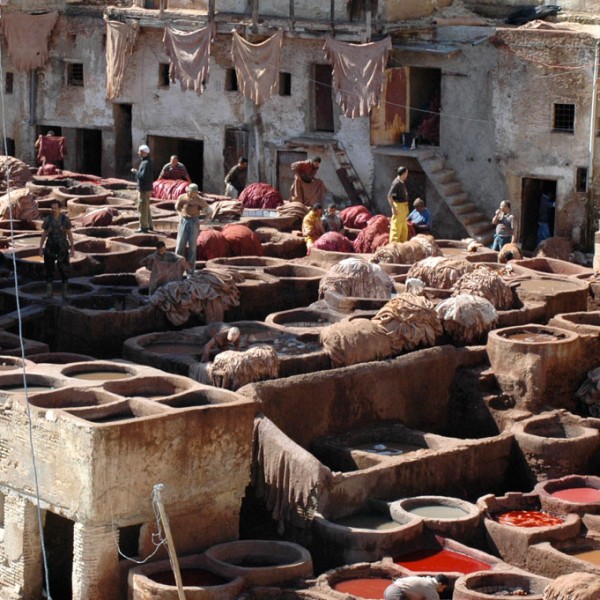 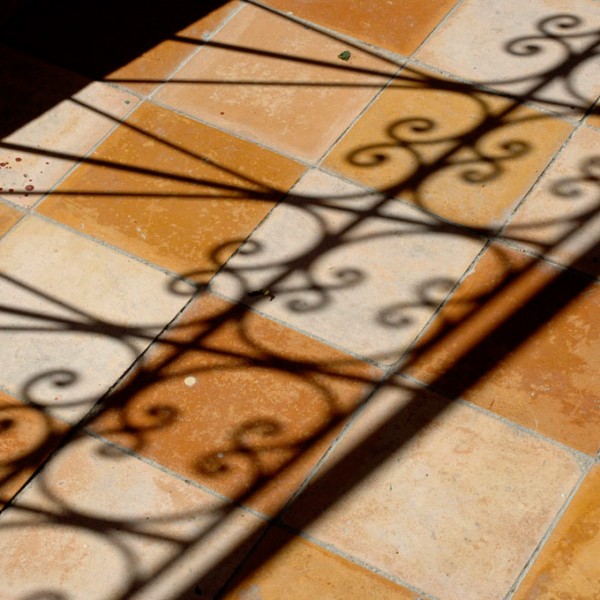 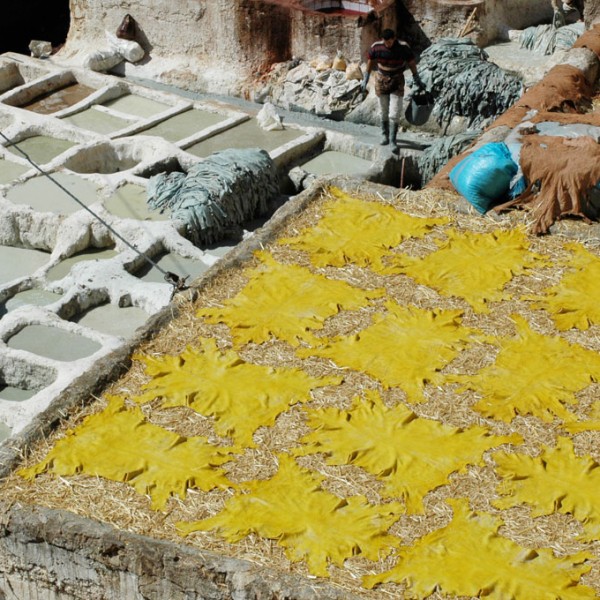 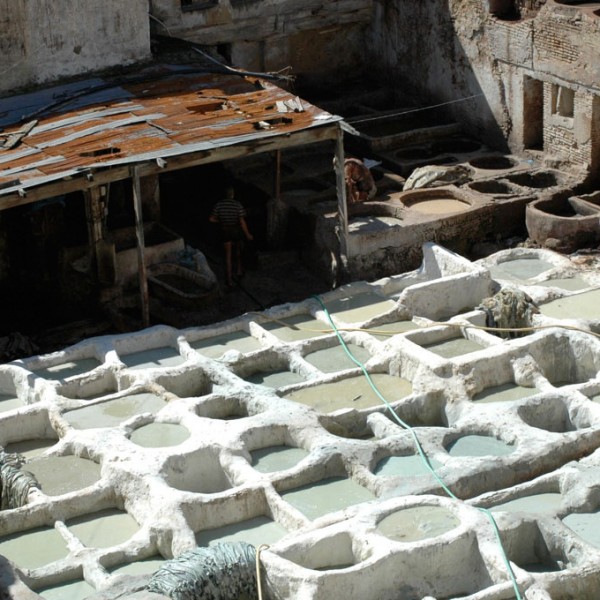 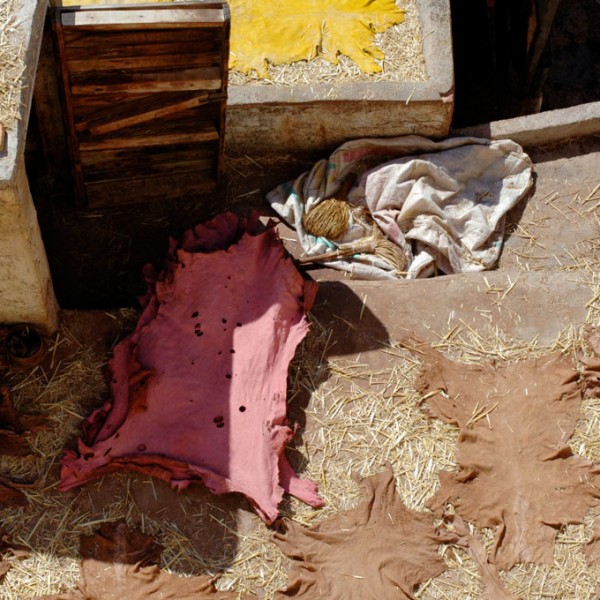 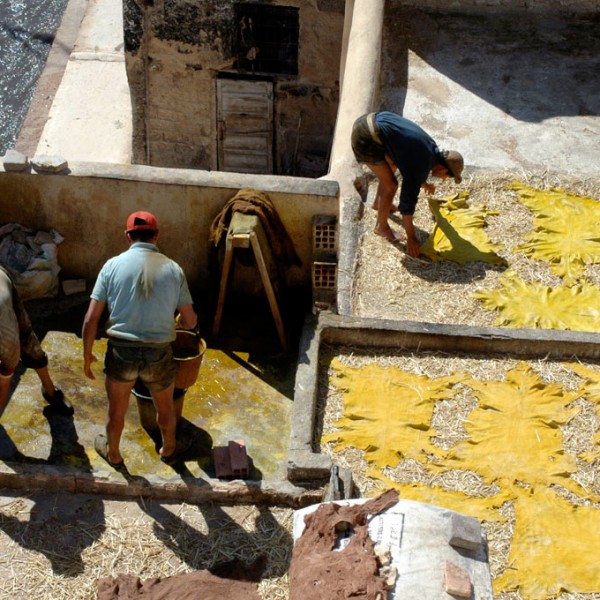 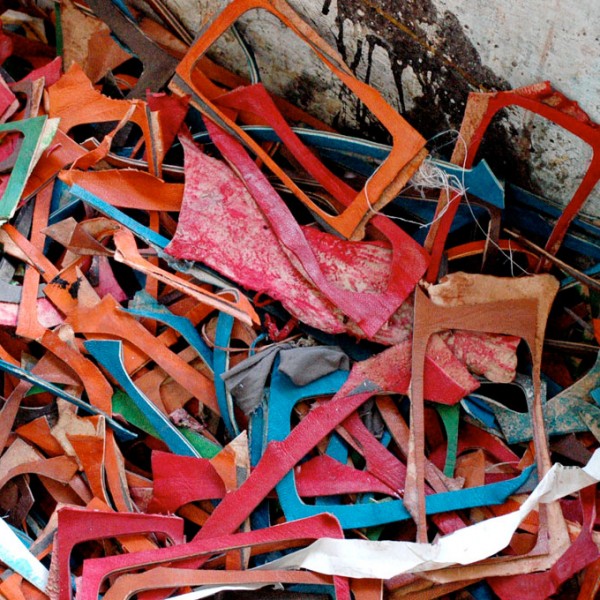 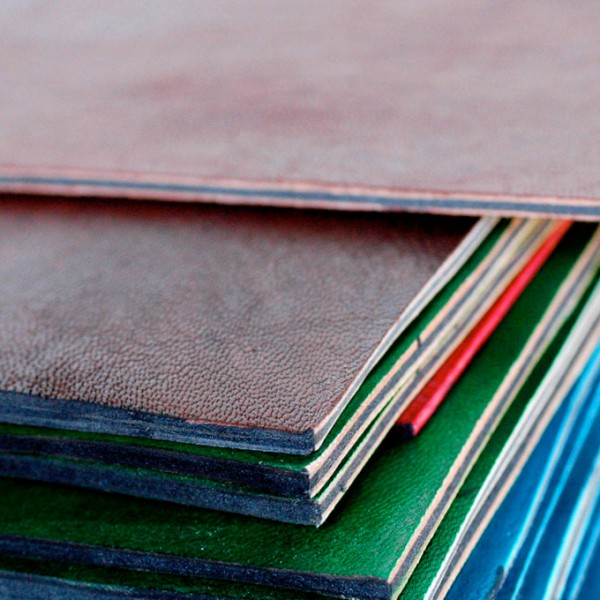 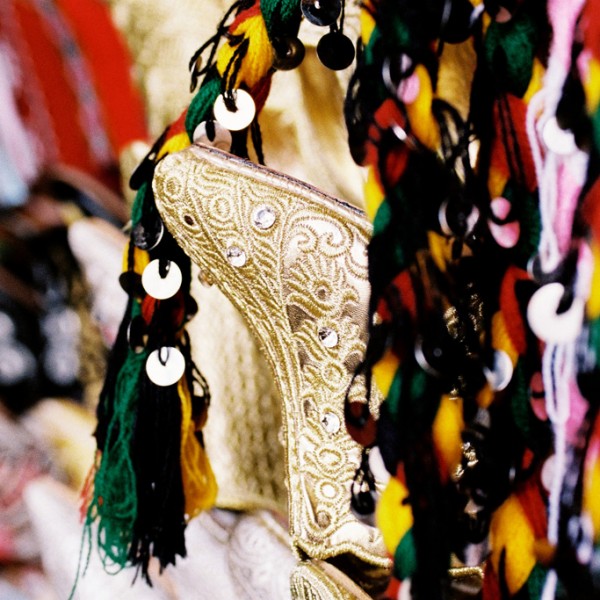 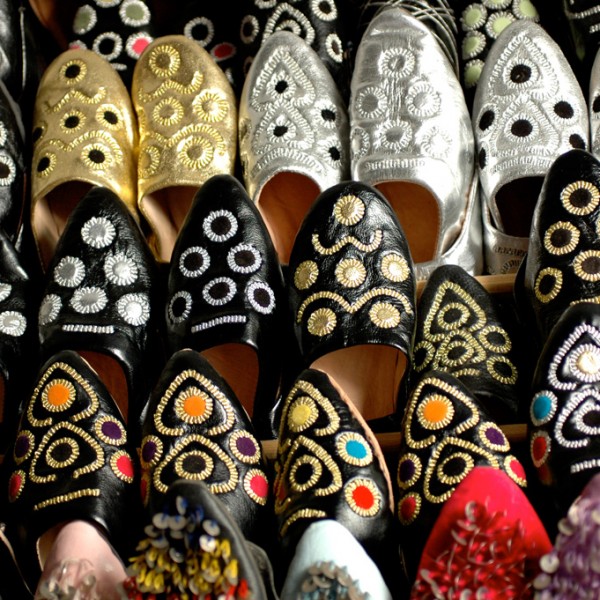 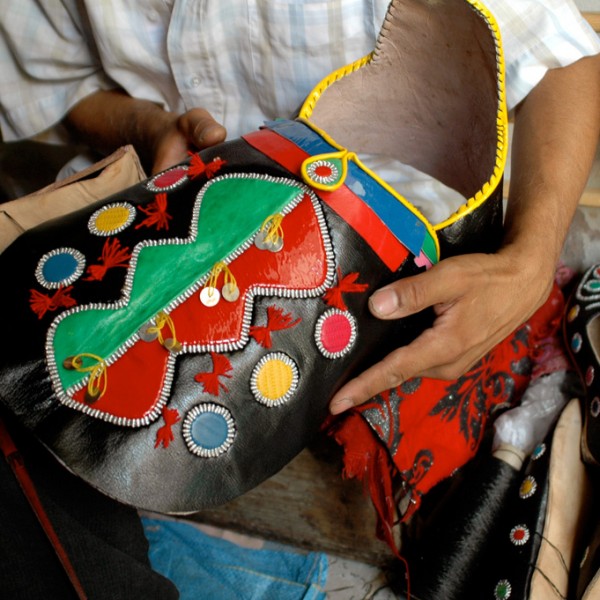 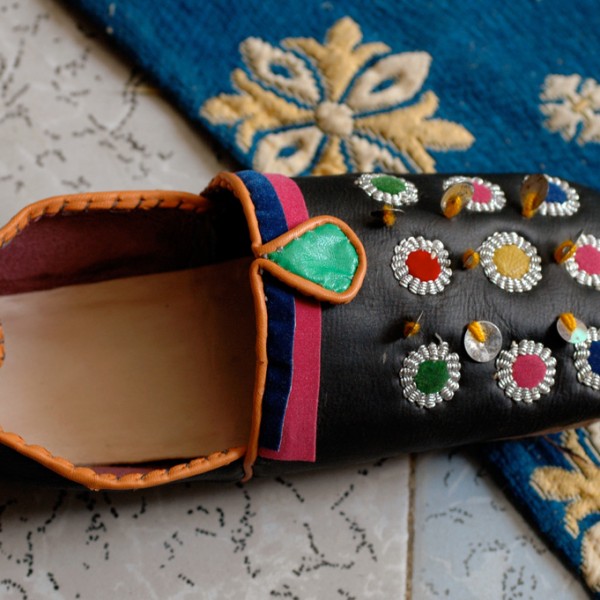 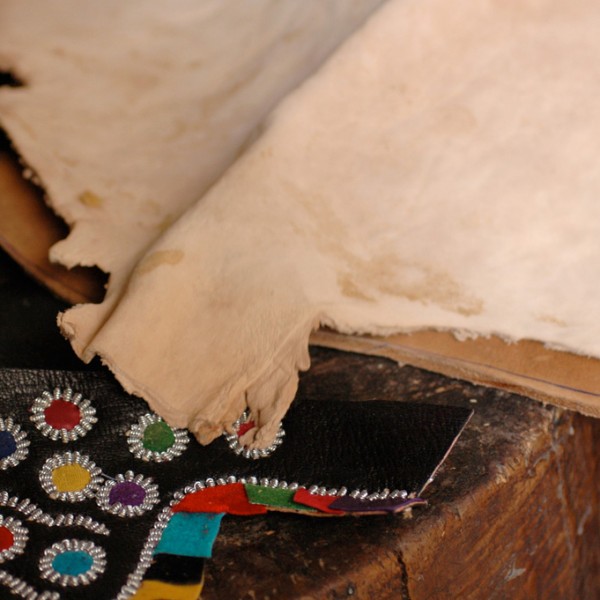 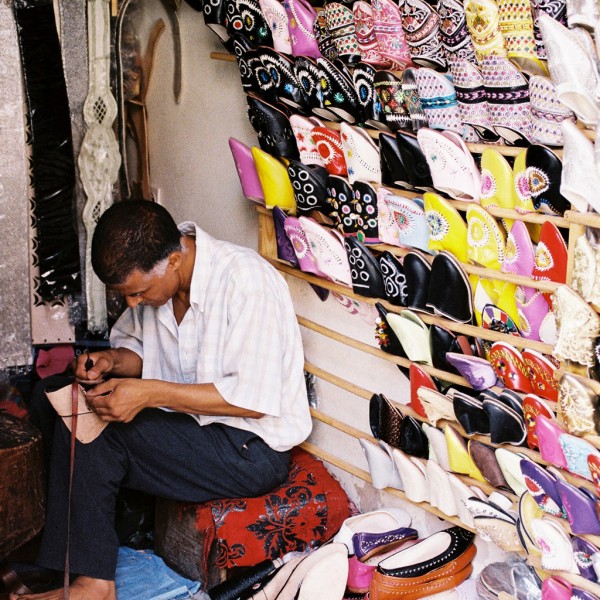 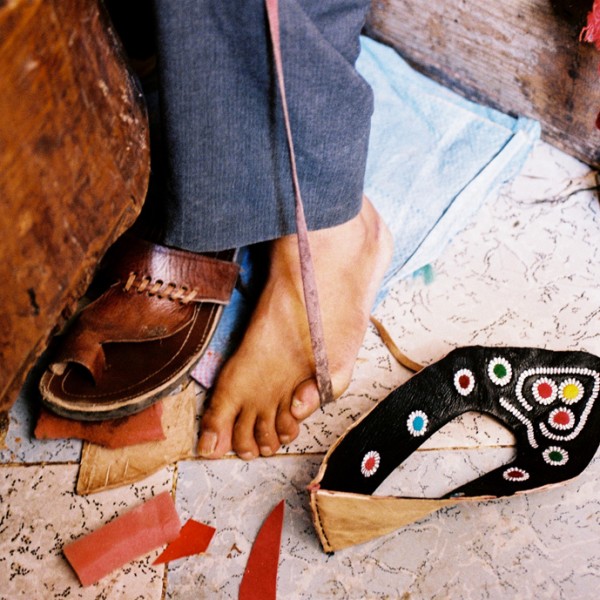 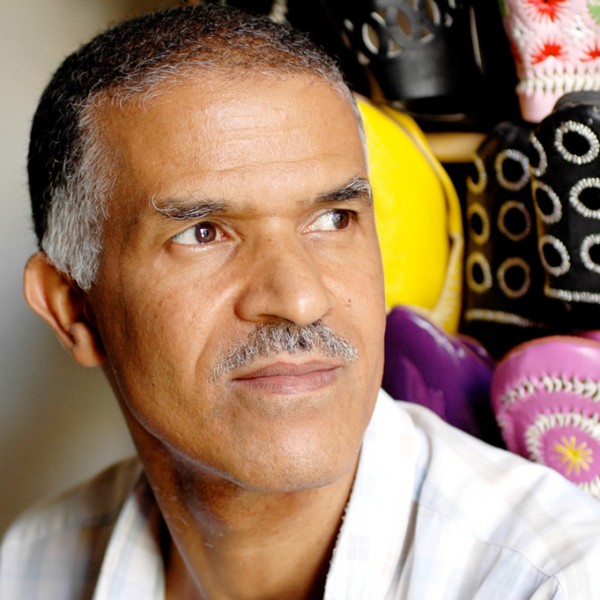 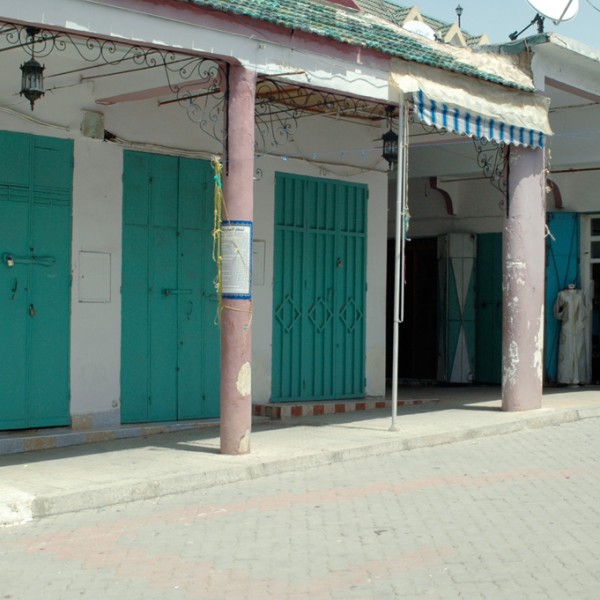 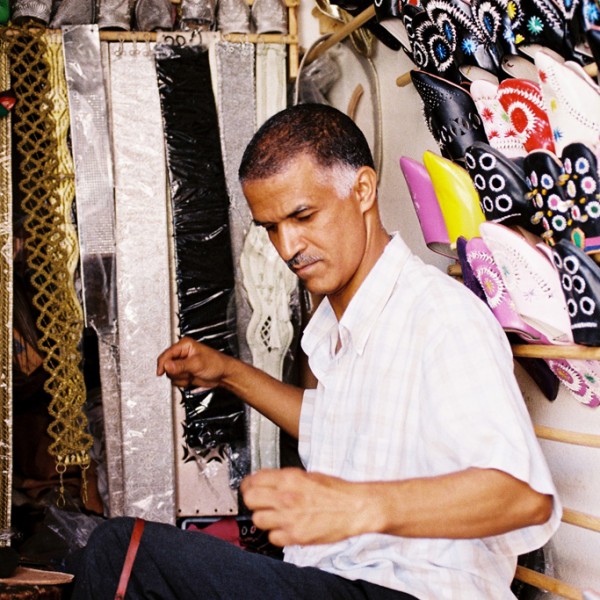