Janaïna Milheiro, craft and textile designer, has received us in her workshop perched on the top floor of an industrial building in the 13th district of Paris. Her precious designs soften the cold atmosphere of the place.
The young woman has been trained in the excellence schools of Duperré and then L’ENSCI Les Ateliers , developing skills in weaving and printing. She intervenes deeply into the fabric and textures and the artisanal dimension is central to her textile work, placed from the beginning under the sign of feather.

The talented designer products weaves, embroideries and textile compositions of rare refinement, identifiable among any others. Janaïna Milheiro shows interest for the feather for its qualities similar to a fiber, its texture, colors and variety of patterns. Whether she uses an ostrich feather, a goose or a duck’s duvet, she always seeks to integrate them into the very structure of her weaving to become one with the silk or the wool yarn.
Who would have thought that a small and delicate item would offer such a repertoire of designs and shapes ? This is where resides Janaïna’s talent. She does not consider feather as an ornament, as a feather worker would, but she treats it as a weaver, an embroiderer or even a sewer would, by cutting the edges, assembling them as if they were beads or ribbons…
This unique approach has seduced the fashion and home decoration houses, always looking for new precious fabrics.

Naturally independant, the textile designer develops her own collections and regularly works on exclusive collaborations. She wants to position herself as a supplier to her various clients and not just as a designer by getting involved in the production of her designs. Janaïna is therefore working on the entire chain, from the idea to the samples and finally the fabrics. Always cleverly oscillating between a craftsmanship and designer posture, she uses feathers as an almost inexhaustible exploration territory.

Back to France main page 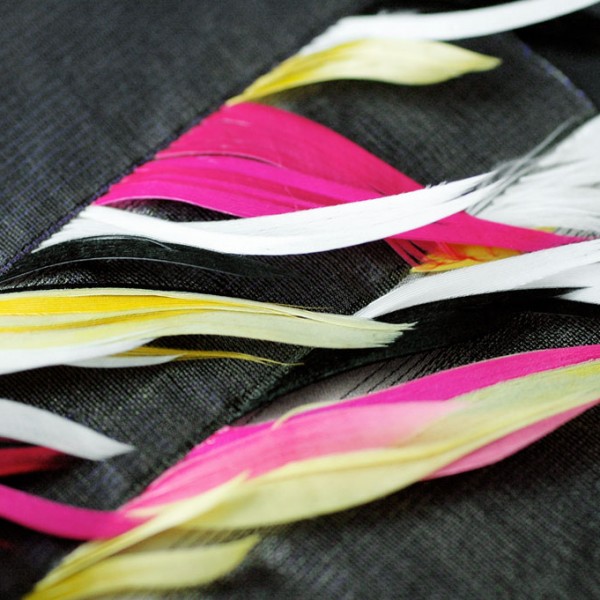 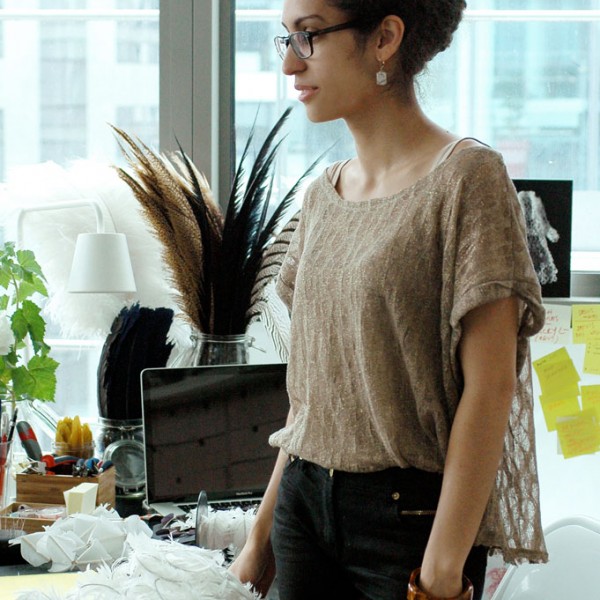 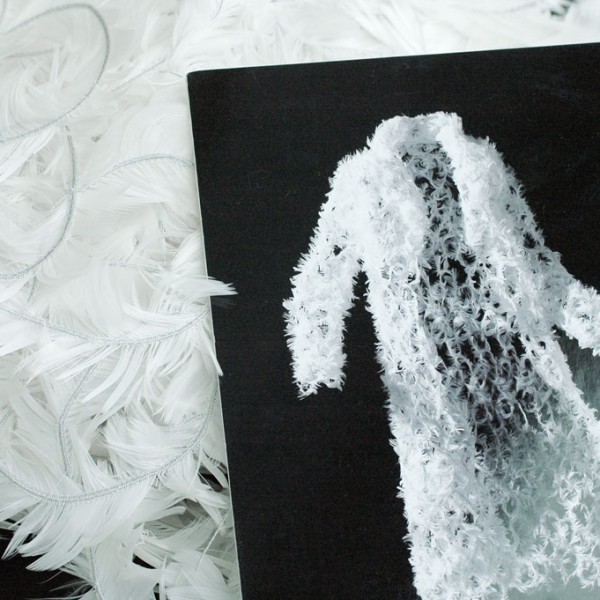 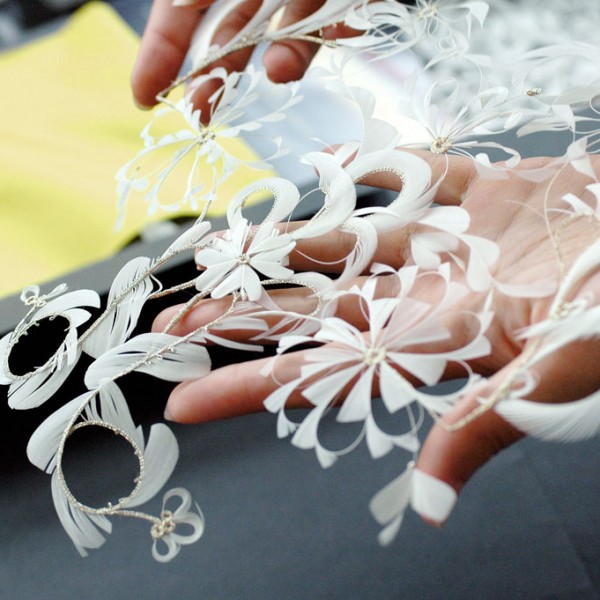 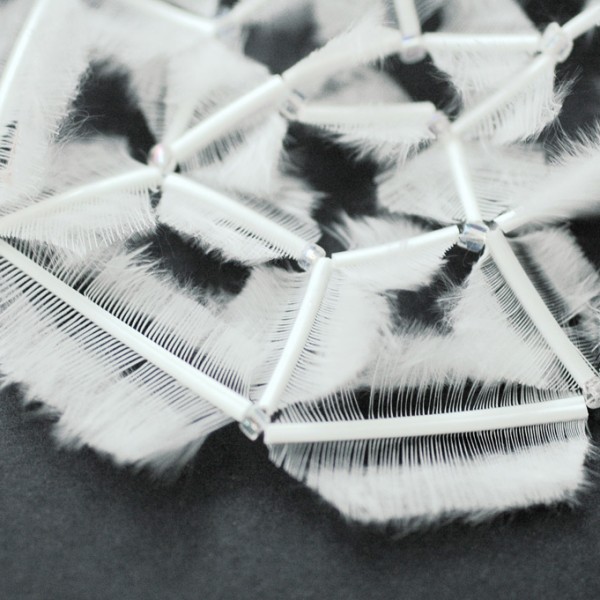 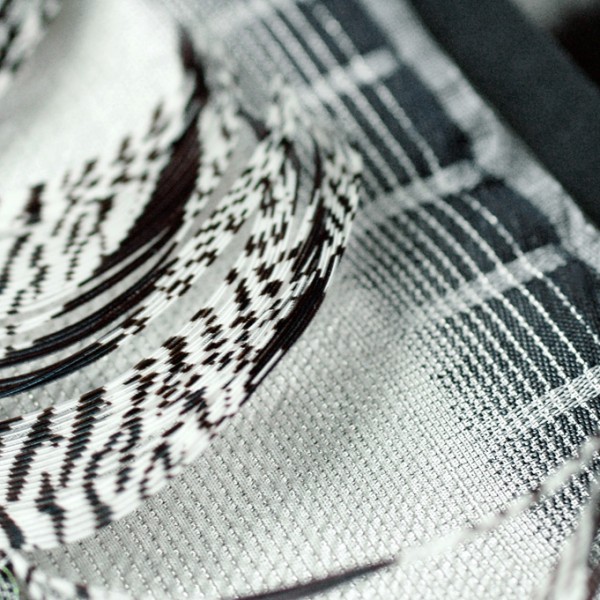 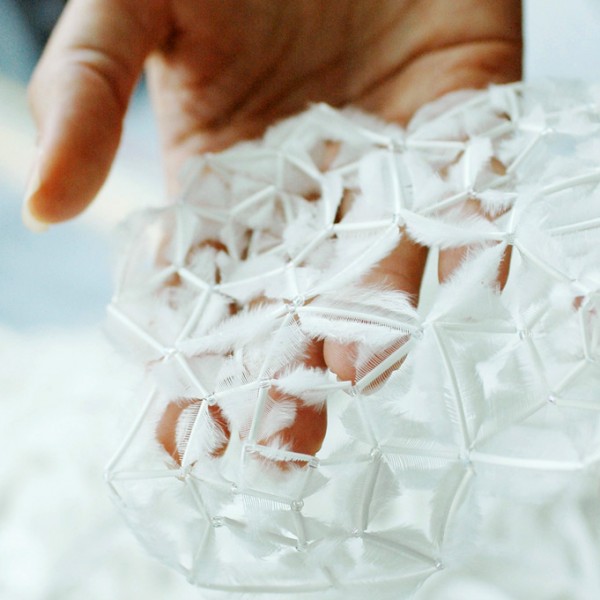 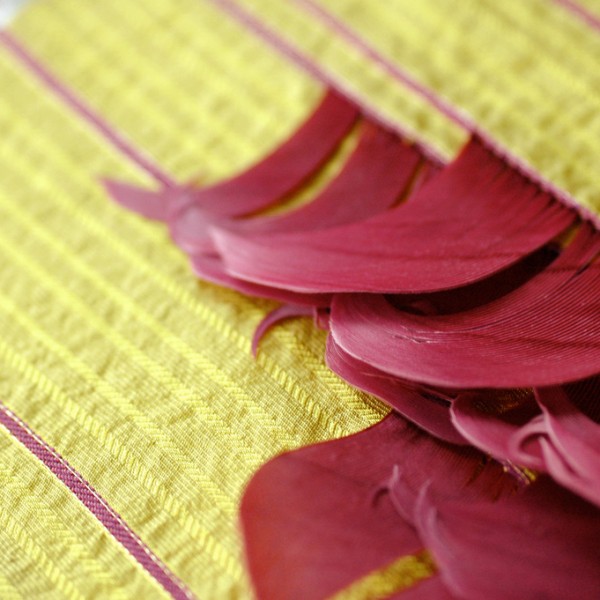 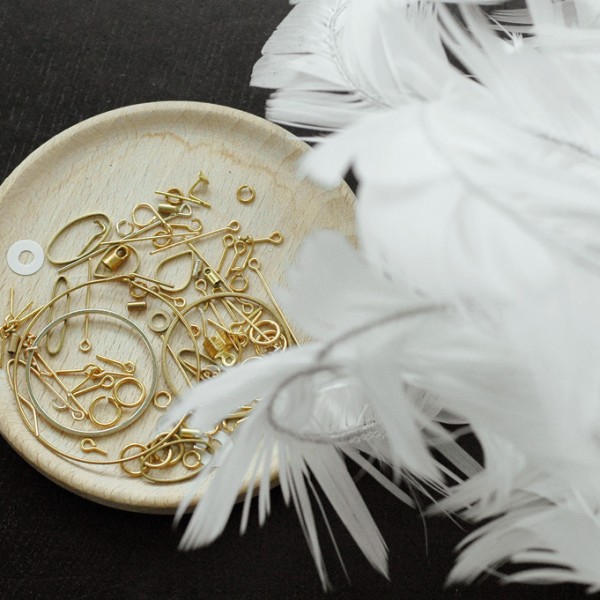 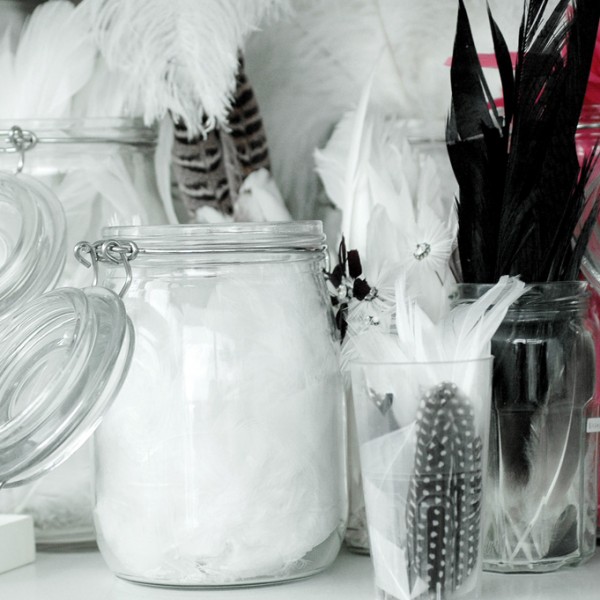